The Align command is very convenient, it allows us to align one or more objects to another and at the same time move them to a desired point.
This function has always been present in the standard AutoCAD version, but on the AutoCAD LT was introduced by the 2010 version.

How it works:
To activate the command we type the words on the keyboard 'ALIGN' and then press enter.

On the command, select one or more objects to be align and then press Enter again to confirm.

Done that, press return twice and selected objects will move and rotate on the points of destination.

Please note that in the alignment, first point of origin coincides with the first destination point, while the second point of origin and destination will be utilize to determine the rotation of the objects to align, but not necessarily coincide as the location.

Example of alignment of a square, on a tilted rectangle, selecting as points of origin and destination the two lower vertices of the two figures… 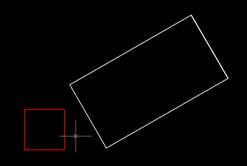 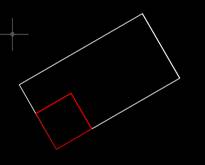 Remember when you use this command to observe always the command line, which will suggest the steps to do.