Make then click on the lines to select them, and as in previous cases appear the new angular dimension, which by following the mouse can be fixed in the desired position.

As you will see, by moving the dimension around the lines you can choose to quote the interior and exterior angles to the lines that intersect like this: 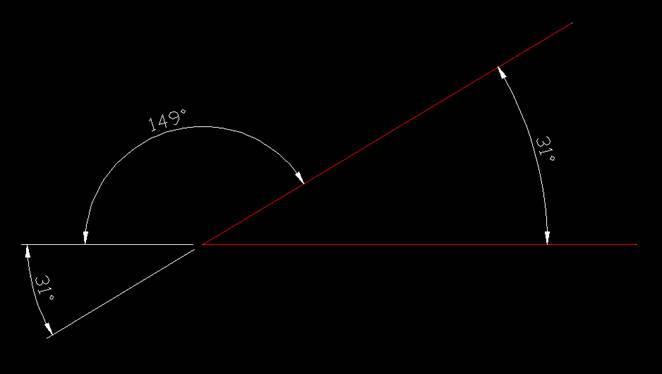 To insert a dimension of an angle, it is not necessary that the intersecting lines touch or cross each other; if the lines in the example above they were interrupted before intersect, you can still quote them with an angular dimension.