used to modify the objects already drawn, in practice it stretches the part we're going to select on them.
Draw a random figure of four sides, a square or a random geometry.

By clicking on the “stretch” activates the command and you must then make a selection area on the object to be modify, including in the case of a square, one or two vertices.

The stretch tool it will act only on the vertices of the objects, which included within the selection window.

Then click the bottom right of the geometric figure, and then high above this in order to select two vertices, then press Enter key, or right click to confirm. 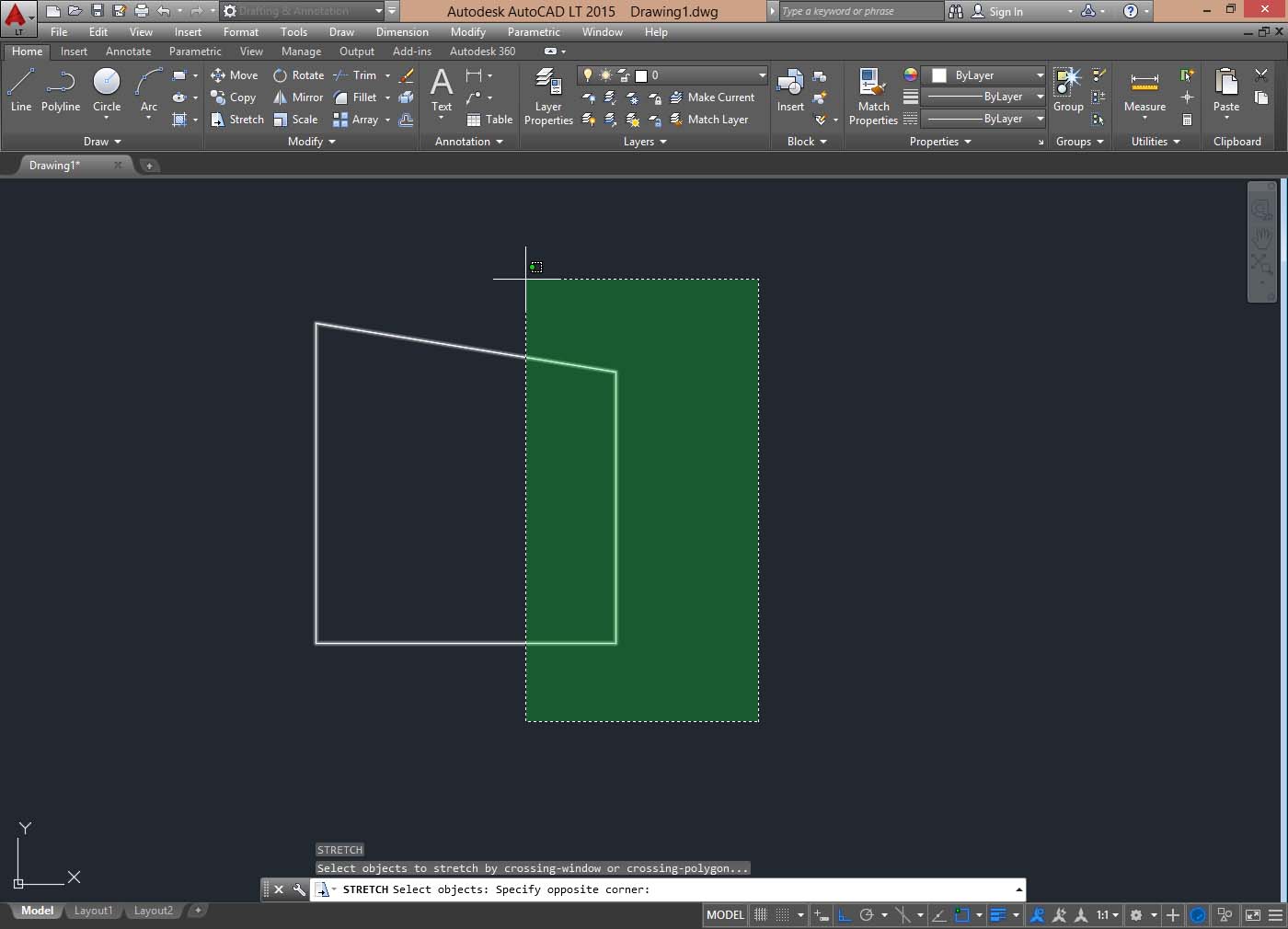 You must now select the base point of displacement (as in the “move” command), which can also be a top vertex.

Try now to move the mouse whit “ortho” active or not, to see how you change the object.

Drag the object in the direction and desired position and click to set and close the command.

You can then stretch object from a vertex to a vertex of another, using the snap, or, once made the selection and move the mouse in the direction in which enlarge the object, enter a numeric value, e.g. 50 and then press Enter key, so 50 units will enlarge the object.

All vertices of objects included in the selection area will be stretched, for example.

Imagine, for example, having to extend or raise the prospect of a cabinet you designed.

It will be possible to extend 50 units his right side, and then repeat the command by selecting only the central portion to stretch it this time 25, making it again symmetrical. 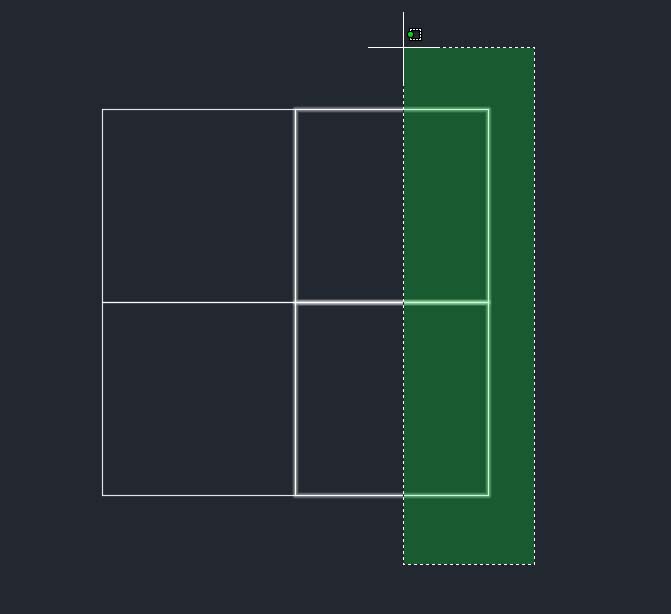 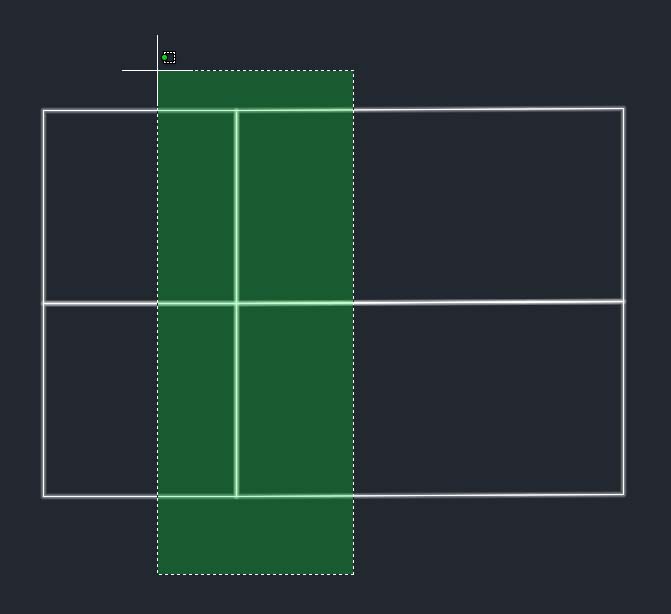 Modify first one side then the middle part to “re-center” objects by selecting the figures as shown in the picture above.